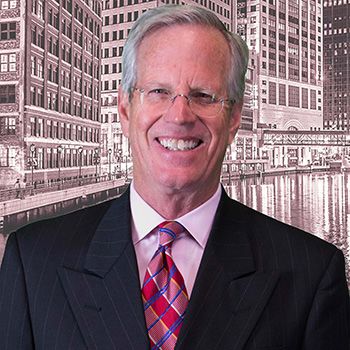 For more than 32 years, has been engaged solely in civil litigation and started Hale & Wagner S.C. in 1992 as a boutique litigation firm until he and Forrest Lammiman founded the Hale Lammiman Group in 2016. Chris has successfully tried cases to courts and juries throughout Wisconsin and in the federal courts in both the eastern and western districts of Wisconsin.  Chris has also achieved favorable results in litigation representing bankruptcy trustees and court-appointed receivers. Chris achieved jury verdicts that are amongst the highest ever received at the time in various venues.

Chris prides himself on putting his clients’ interests first and knowing what it means to resolve a case efficiently, or to have the temerity and experience to take a matter to trial and appeal.

Christopher T. Hale is a graduate of Georgetown University (1978) and Washington & Lee University School of Law (1983).

I want to lead you to success.